JFK’s Religion as Reflected in His Inaugural Address 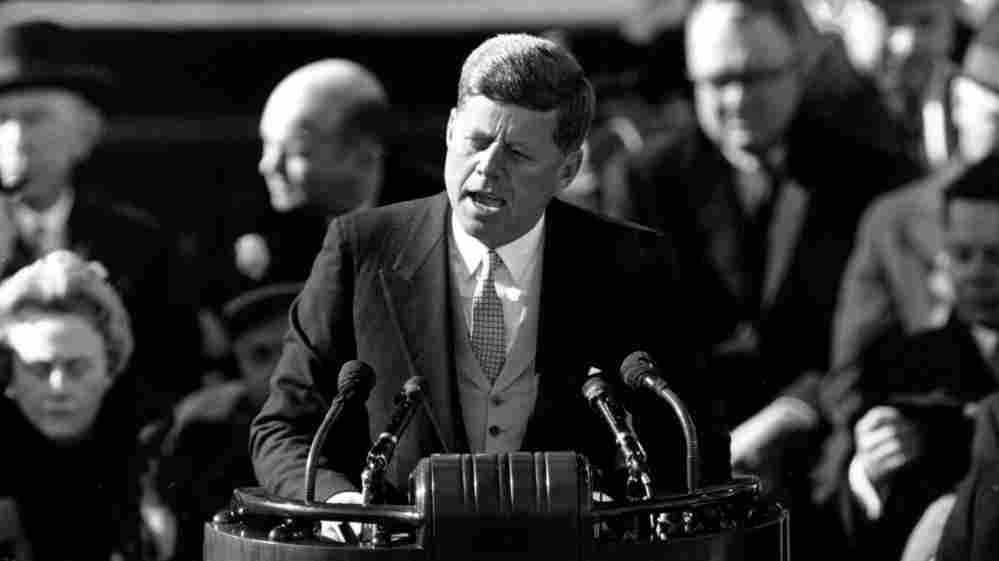 John F. Kennedy’s watershed 1960 election as the first Roman Catholic president was a source of concern for many Protestant Americans. Others, such as former President Harry Truman, were less concerned about the influence of the Vatican on a JFK presidency. Truman at one point quipped: “It’s not the Pope who worries me; it’s the pop,” a reference to Kennedy’s influential and opinionated father, former U.S. Ambassador to England, Joseph P. Kennedy. 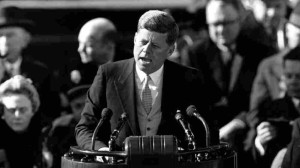 A memorable Inaugural Address: On a bitterly cold and windy January 20, 1961, the 42 year-old JFK delivered what has gone down in the annals of presidential history as one of the most memorable, inspiring, and poetic of all inaugural addresses. Despite lingering concerns about Kennedy’s religion, he did not shy away from talking about God in his speech, following the tradition of previous presidential inaugural addresses.

God and the Presidency: At the beginning of the address, after Kennedy’s acknowledgement of the gathered dignitaries and his fellow citizens, he stated the following:

“We observe today not a victory of party, but a celebration of freedom – symbolizing an end, as well as a beginning – signifying renewal, as well as change. For I have sworn before you and Almighty God the same solemn oath our forebears prescribed nearly a century and three quarters ago.”

Kennedy recognized that he taken not just the presidential oath required in the Constitution, but that by speaking the words of the oath of office, he was swearing before Almighty God to “faithfully execute the office of President of the United States.” His reference to the oath being a “solemn oath” came directly from the beginning language of the oath itself: “I do solemnly swear…” And Kennedy added four words to the end of the Constitutionally prescribed oath that have a long history and tradition of being appended to the oath by previous presidents: “So help me God.” Kennedy began his first and most memorable speech as president recognizing the sacredness of his presidential responsibilities.

God and Human Rights: Embedded within Kennedy’s inaugural address was his strongly and deeply held belief that basic human rights were a God-given right. In three sentences throughout the speech, Kennedy unpacked this belief.

God’s role in human affairs: Finally, in the closing sentence of the inaugural address, Kennedy articulated the delicate dance between the role of God in bringing about the type of society called for in the speech with the responsibilities of people to take action – the classic dichotomy between God’s sovereignty and man’s free will. He closed his 14 minute address with this sentence: “With a good conscience our only sure reward, with history the final judge of our deeds, let us go forth to lead the land we love, asking His blessing and His help, but knowing that here on earth God’s work must truly be our own.”

Kennedy’s religion a cause of concern? Kennedy’s inaugural references to God were fairly typical of what is expected in an inaugural address. To those who feared that his presidency would be one in which he took direction from the Vatican, the inaugural address should have served to put their minds at rest.