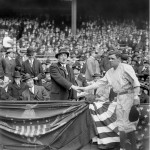 Presidents Who Knew Babe Ruth:  Fascinating article by presidential historian Michael Beschloss on baseball great Babe Ruth’s connections with various presidents and one future president that he met in 1948 just two months before his death.  Click here to read the article. 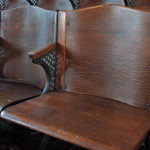 Taft’s Extra Wide Chair: When William Howard Taft was defeated for re-election in 1912 by Woodrow Wilson, he took a teaching position at Yale University.  Offered a Chair of Law position there, Taft responded by stating that perhaps they needed to offer him a “Sofa of Law” instead, a reference to his 300 plus pounds. Here’s a picture of one of the extra wide chairs that Yale had made especially for the former president.  This one is still in use today at Yale. 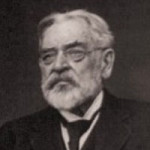 Avoiding Lincoln’s Son:  Robert Todd Lincoln was the only son of Abraham Lincoln to survive to adulthood.  He would frequently avoid invitations to White House functions noting that “there is a certain fatality about presidential functions when I am present.”  This was a reference to the fact that he was present at (or there immediately after) for the assassinations of Abraham Lincoln, James Garfield, and William McKinley.  Click here for an article by historian Mark Bushnell entitled “Robert Todd Lincoln, Harbinger of Presidential Doom.” 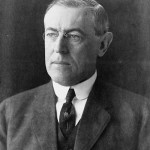 Wilson Wins by a Whisker:  The 1916 presidential election was a cliffhanger with Woodrow Wilson barely squeaking by with an electoral win over Charles Evans Hughes.  But on election night, it didn’t look good for Wilson.

Click here for a previous blog posting I wrote on this election.  Also click here to view the six minute video in which I report “live” on the election returns on the morning after the election. 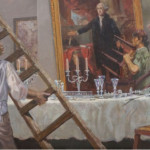 Dolly Madison Rescues George Washington:  When the British burned the White House on August 24, 1814, the dedicated efforts of First Lady Dolly Madison were responsible for saving the iconic Gilbert Stuart portrait of George Washington from going up in flames with the rest of the President’s House.  Click here to read an article about what was involved in saving this eight-foot tall portrait that was bolted to the wall of the White House dining room. 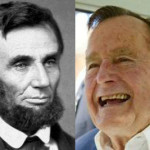 Presidential Papers:  The Papers of Abraham Lincoln is a massive effort to identify, image, transcribe, annotate, and publish online all documents written by or to Abraham Lincoln during his lifetime.  Click here for an article by Lucas Mearian about this massive archive that is online now with close to 100,000 documents.

George H.W. Bush recently donated his personal papers and other historical materials to the George Bush Presidential Library and Museum in Texas.  Click here to read a news story. 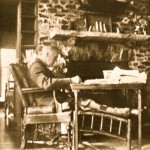 n Leg Braces:  This is one of the last photographs taken of Franklin D. Roosevelt and it shows him in his leg braces that were necessary because of his polio.

The Presidents on Stage:  Here’s a sampling of some current plays about presidents in theatres across the country: