How Much Do You Know About JFK?  Take this short, multiple choice quiz with just 10 questions plus one bonus question to test your knowledge of our 35th President.  How well did you do? 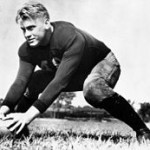 Booth Planned to Kidnap Lincoln and the 82 Possible JFK Assassins:  Did you know that John Wilkes Booth originally planned to kidnap Abraham Lincoln instead of kill him?  There are dozens of theories of whether Lee Harvey Oswald was responsible for JFK’s death or whether there was a conspiracy.  According to author Vincent Bugliosi those who question Oswald as the lone gunman “have accused 42 groups, 82 assassins and 214 people of being involved in the assassination.” Click here to read a short article discussing the four presidential assassins.

ience Guaranty Good Presidential Performance?  James Buchanan had a killer resume before his ill-fated presidency on the eve of the Civil War.  He should have been a highly successful president and yet he consistently rates at the bottom of the pile in terms of presidential performance.  On the other hand, Chester Arthur, a political hack who had never held elective office before he became president in 1881 due to the assassination of James Garfield, surprised many with his performance, even though he doesn’t rate even close to being a great president.  Click here for a brief article looking at these two presidents. 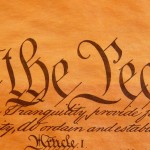 The Biggest Oversight of the Founding Fathers: America’s Founding Fathers did an outstanding job in crafting a republican form of government that has stood the test of time since it began in 1789 with the current U.S. Constitution.  But they didn’t anticipate the development of political parties, nor did their system address how presidential candidates would be nominated.  Read this article from the Wall Street Journal that recounts some key moments in nominations and how they occurred – and how our nominating process is becoming increasingly long. 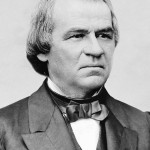 6 Presidents Threatened With Impeachment:  At least six Presidents have been threatened with impeachment through introduction of an impeachment resolution in the House of Representatives.  Only two Presidents were actually impeached (Andrew Johnson and Bill Clinton) and both were acquitted in a trial in the Senate.  Who were the other four?  Click here to read an earlier blog posting of mine from www.PresidentialHistory.com on the subject.