Who Was in Control of the Government When Ronald Reagan Was Shot? 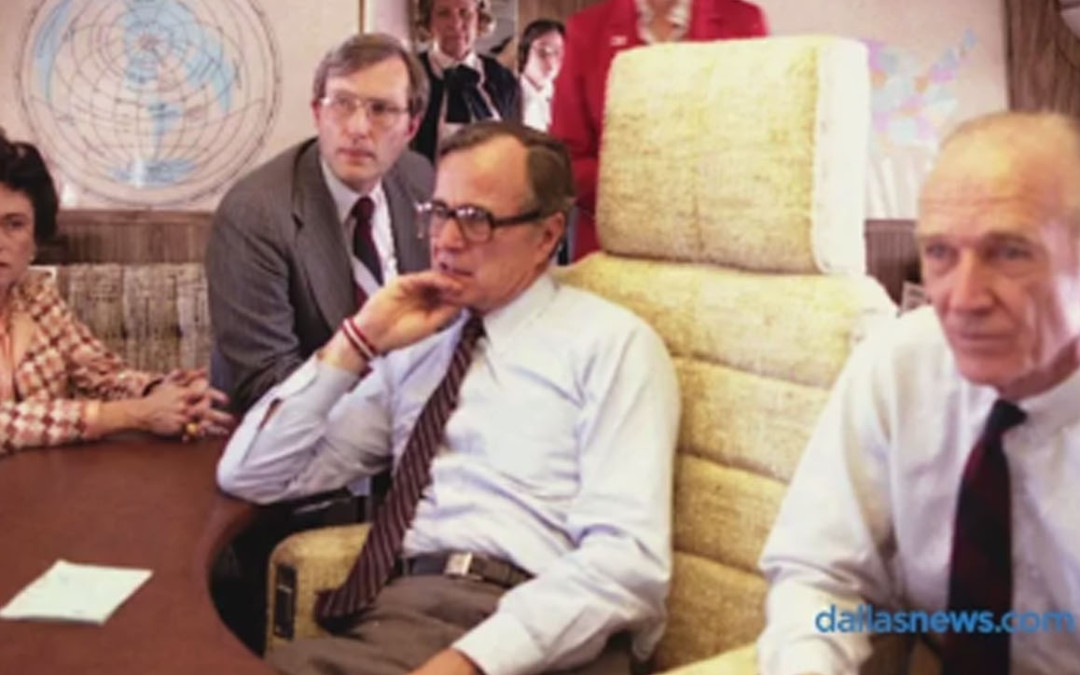 In the uncertain hours following the attempted assassination of recently inaugurated President Ronald Reagan on March 30, 1981, Secretary of State Alexander Haig (who longed to be president himself) famously and inaccurately pontificated to assembled reporters at the White House that “I’m in control here.”

Unlike the agitated Secretary of State who was not constitutionally in charge of the government according to the presidential succession act, Vice President George H.W. Bush, who was in Texas at the time of the shooting, immediately returned to Washington, and lent a measured and calm approach to dealing with the crisis.

Bush’s Reflections on Attempted Assassination:  Bush recently offered his email reflections on the events of that day for an article in The Dallas Morning News by Alan Peppard that was published on May 13, 2015.  The article is an outstanding blow-by-blow reconstruction of the attempted assassination, Haig’s blunder, and Bush’s calmness.  There are also two short videos on the website: a six minute recap of the events of the day (including Haig’s statement), and a four minute recording (with still pictures) of the conversation between Reagan’s top officials in the White House Situation Room.