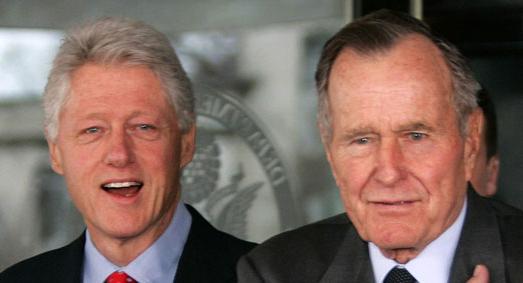 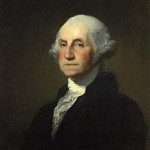 Washington Borrowed Money to Attend His Own Inauguration:  “Land rich and cash poor.” It was the story of many colonial Virginia plantation owners, including George Washington who had to borrow money to make the trip from Mount Vernon to New York City for his inauguration as the nation’s first president on April 30, 1789.  Click here to read about how much he had to borrow, and nine other unusual facts about Washington’s presidency.

Click here to see pictures of 10 monuments to Washington in the United States and abroad. 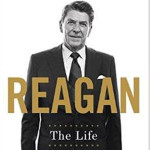 raphy of Reagan as Transformational President: A new biography of Ronald Reagan by acclaimed historian and master storyteller, H.W. Brands, will be published on May 12, 2015.  According to the publisher, this definitive and magisterial biography of the nation’s 40th president “brilliantly establishes Ronald Reagan as one of the two great presidents of the twentieth century, a true peer to Franklin Roosevelt.  Reagan: The Life conveys with sweep and vigor how the confident force of Reagan’s personality and the unwavering nature of his beliefs enabled him to engineer a conservative revolution in American politics and play a crucial role in ending communism in the Soviet Union.” 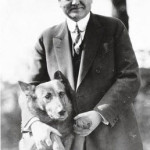 residential Dogs: In the swirling world of politics, everyone (even presidents) needs a best friend, and 32 of our nation’s 43 presidents have owned dogs.  How do dogs affect voters?  And if only we could talk to the dogs and find out what secrets they carried!  Click here for one writer’s definitive ranking of the top 10 canines.  Watch what FDR, in mock seriousness, said about his dog, Fala, that had his audience rolling in laughter. Watch Richard Nixon defend receiving the gift of a cocker spaniel named Checkers, a speech that kept Nixon on the 1952 ticket with Dwight Eisenhower. Photo at left is of Herbert Hoover and his dog, King Tut. 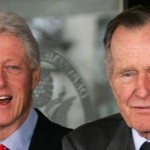 The Unlikely Friendship of George H.W. Bush and Bill Clinton: During the 1992 presidential campaign, President George H.W. Bush referred to his opponent Bill Clinton as a “bozo.”  There was no love lost between these men as Clinton went on to defeat Bush in the election.  But then a funny thing happened along the way.  The two men have since become best of friends, bonded together by their common experience as president.  For Clinton, Bush is almost the father figure that he never had growing up.  Watch this video on the surprising story of this unlikely friendship. 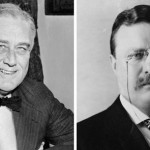 ential Dynasties:  Throughout American history, just five families have been responsible for producing ten presidents or almost a quarter of the men who have served as chief executive.  Can you name these ten men?  Email me if you can’t get them all!

Click here to read an article in the Washington Post by Philip Bump on the Bush, Clinton, and Kennedy dynasties, complete with political family trees. 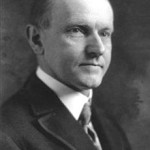 Seven of our presidents were born with either a different first or last name than what we know them as.  Click here for a blog posting from my Presidential History Blog to find out who these men are.