Who Were Our Best & Worst Ex-Presidents? 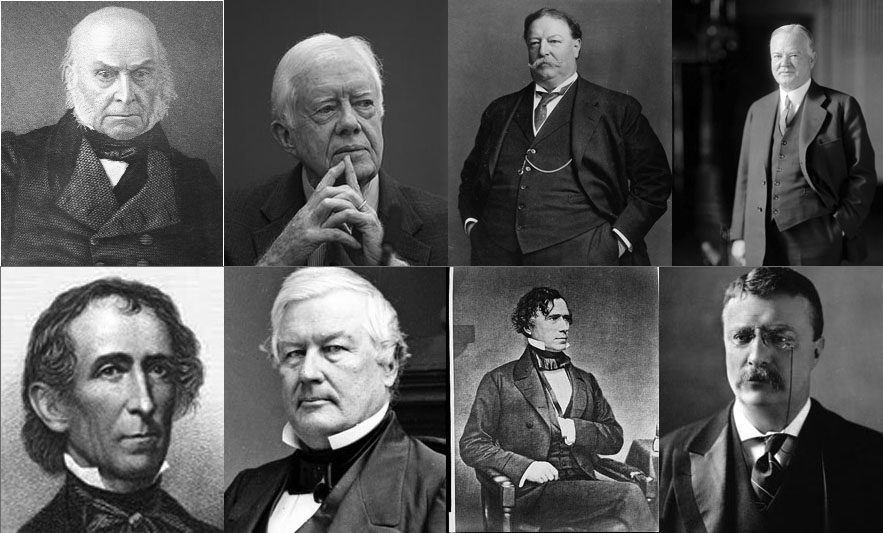 Our presidents have taken different paths during their post-presidential years, with some contributing significantly to the nation, while others took counterproductive actions.  Some we would argue were excellent ex-presidents, while others caused significant problems for the nation.

Opportunities for Performing as an Ex-President:  Of course, the opportunities for ex-presidents to make something of their years after their presidencies is partially affected by how long of a post-presidential period they enjoyed.  James Polk worked himself to death during his one term, dying just a little over three months after he left the White House.  On the other hand, Jimmy Carter has enjoyed the longest post-presidential career at more than 34 years (and still counting).  Eight presidents died in office, and others such as Woodrow Wilson, Ronald Reagan, and Lyndon B. Johnson suffered health problems that limited their opportunities after leaving office.  In an article “The Making of a Great Ex-President,” Justin S. Vaughn of the New York Times offers his opinion of the top and bottom four ex-presidents.

“Our greatest ex-presidents have engaged in important work, sometimes at a level that rivaled their accomplishments in the White House.  Our worst ex-presidents, on the other hand, have been noteworthy for taking strong positions against the national interest and consistently undermining their successors for personal and political reasons.”

The Best and the Worst Ex-Presidents:  Here are Mr. Vaughn’s well-founded lists:

What Do You Think?  So who do you think were the best and worst ex-presidents?  Let me know if you agree or disagree with these lists and why.  Click here to read the article and the reasons behind Mr. Vaughn’s lists.