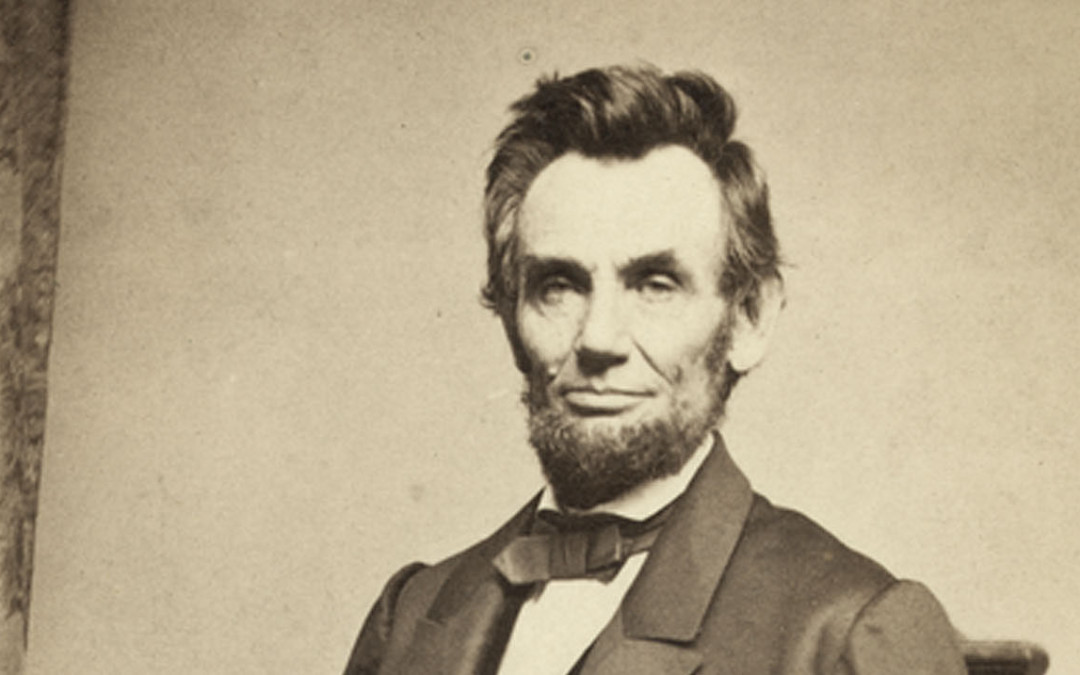 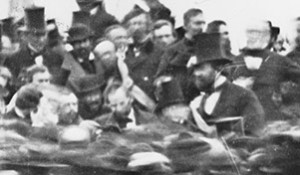 Lincoln at Gettysburg – in center without a hat.

In his now famous Gettysburg Address that he delivered on November 19, 1863, President Abraham Lincoln misjudged the significance of his comments in dedicating a cemetery for the thousands of Union soldiers who had died at the Battle of Gettysburg just four and a half months earlier.

Lincoln’s Small Part in the Program:  Surprisingly, President Lincoln wasn’t the main part of the dedication ceremony.  That honor belonged to Edward Everett, a well known orator who gave the main address that droned on for more than two hours.  He was followed by the Lincoln whose scant 272 words were delivered in just two minutes.

Lincoln Was Wrong:  As Lincoln came toward the end of his comments, he inaccurately pronounced that the words spoken at the somber cemetery dedication would be quickly forgotten: “The world will little note, nor long remember what we say here.”  He didn’t realize – and no one present that day would have fathomed – that the President’s brief comments would go down in history as some of the most poignant, powerful, and inspirational words ever spoken by a president.

Four score and seven years ago our fathers brought forth on this continent a new nation, conceived in liberty, and dedicated to the proposition that all men are created equal.

Now we are engaged in a great civil war, testing whether that nation, or any nation so conceived and so dedicated, can long endure. We are met on a great battlefield of that war. We have come to dedicate a portion of that field, as a final resting place for those who here gave their lives that that nation might live. It is altogether fitting and proper that we should do this.

But, in a larger sense, we can not dedicate, we can not consecrate, we can not hallow this ground. The brave men, living and dead, who struggled here, have consecrated it, far above our poor power to add or detract. The world will little note, nor long remember what we say here, but it can never forget what they did here. It is for us the living, rather, to be dedicated here to the unfinished work which they who fought here have thus far so nobly advanced. It is rather for us to be here dedicated to the great task remaining before us—that from these honored dead we take increased devotion to that cause for which they gave the last full measure of devotion—that we here highly resolve that these dead shall not have died in vain—that this nation, under God, shall have a new birth of freedom—and that government of the people, by the people, for the people, shall not perish from the earth.

Reaction to Lincoln’s Address:  Lincoln felt insecure about his comments on the occasion, perhaps partially because he had a fever and was physically weak.  His secretary, John Hay, observed that as the President spoke, his face was “a ghastly color.”  Lincoln was encouraged by Edward Everett’s letter to him the next day praising the speech, prompting the President to reply that he was gratified to learn that his speech had not been a “total failure.”  The public’s reaction to Lincoln’s address was predictably split along party lines.  One unsympathetic newspaper attacked Lincoln’s words as “silly, flat and dishwatery utterances.” On the other hand, a Republican newspaper wrote that the speech was “tasteful and elegant in every word and comma.” 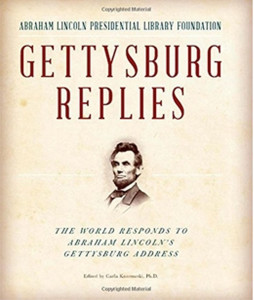 New Book:  “Gettysburg Replies: The World Responds to Abraham Lincoln’s Gettysburg Address” was published on April 1, 2015.  The book is a compilation of 100 current responses to and reflections of the Gettysburg Address by notables including Barack Obama, Bill Clinton, Jimmy Carter, George H.W. Bush, George W. Bush, Ken Burns, Steven Spielberg, Sandra Day O’Connor, Lech Walesa, and Colin Powell.  The Abraham Lincoln Presidential Library and Museum challenged the contributors to the book to respond to Lincoln’s words at Gettysburg in 272 words – the same length as Lincoln’s address – not a word less nor a word more.

How Would You Respond to the Gettysburg Address?  What do you think is the significance of Lincoln’s timeless words at Gettysburg?  What would you write in 272 words as your response?  Your response can focus on your reflection of his words, how the Gettysburg Address is relevant today, how it should be relevant today, or any other aspect of how you respond to Lincoln’s words spoken more than 150 years ago.  If you’re up for the challenge, you can either comment to this blog posting or email me your contribution.  In a future blog posting, I will compile all of the responses so that everyone can read them.  Remember to make your response exactly 272 words!

Free Book:  For the best entry that I receive from a current email subscriber of this blog by July 31, 2015, I will send you a free copy of Gettysburg Replies.  If you’re not already an email subscriber to this blog, you can sign up for a free email subscription at www.PresidentialHistory.com.