Who Was the First Woman to Run for President? 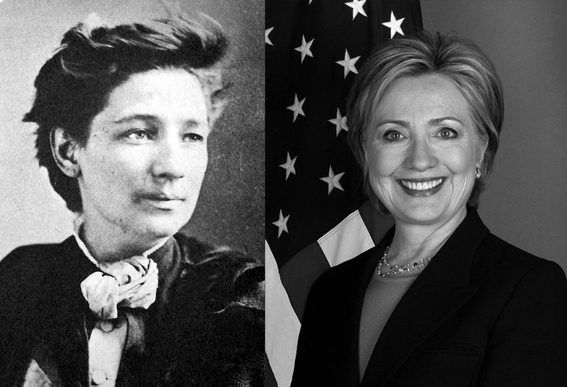 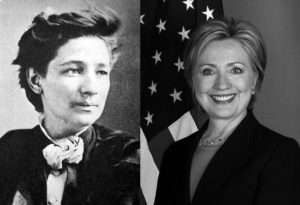 First woman to run for president:  In 1872, Victoria Woodhull made history by being the first woman to run for president.  It was the election that saw Republican President Ulysses S. Grant run for and win a second term in the White House.  His main opponent was Democrat Horace Greeley.  It was a messy election in many respects, and it’s a good thing that Grant won.  Greeley died just three weeks after the election, and electors in the six states that he carried split their Electoral College votes among four candidates.

Equal Rights Party ticket:  There are no records that show how many votes Victoria Woodhull received as the candidate of the Equal Rights Party.  The party was a fairly liberal party that promoted equal rights, women’s suffrage, regulation of monopolies, an 8 hour workday, abolition of the death penalty, and welfare for the poor.  Her vice presidential running mate was the abolitionist Frederick Douglas.  But curiously, Douglas never even acknowledged his nomination on the Equal Rights Party ticket…and he campaigned for Ulysses Grant!

Woodhull not 35 years old:  Some historians have questions whether the honor of being the first woman to run for president should really belong to Victoria Woodhull because she was constitutionally too young to be president.  The Constitution states that the president must be at least 35 years old, but Woodhull did not turn 35 until September 1873, some five months after the March 4, 1873 inauguration that saw Grant sworn in to a second term.  Even if Woodhull had somehow won the election, she would have been ineligible to serve.

Trailblazer:  In many respects, Woodhull was a fiery trailblazer for women.  After growing up with a difficult family situation with only three years of formal education, she went through three marriages, worked as a Wall Street broker, was a fortune teller-clairvoyant-healer, and was the first woman to address a congressional committee in 1871.

If not Woodhull, who was first?  If you disqualify Woodhull because she was constitutionally ineligible to serve as president, the honor of the first woman running for president would fall to Belva Ann Lockwood, who ran in 1884 on the National Equal Rights Party ticket.  But it’s clear that Hillary Clinton is the first woman nominated to run for president on the ticket of a major political party.

My TV interview on Victoria Woodhull:  On August 11, 2016, I was interviewed by Danielle Masterson of WHDT World News about Victoria Woodhull.  In this 7.5 minute interview, I also talked about what kind of First Lady Melania Trump would be, and what Bill Clinton’s role would be if Hillary Clinton won.  Click here to watch the interview.