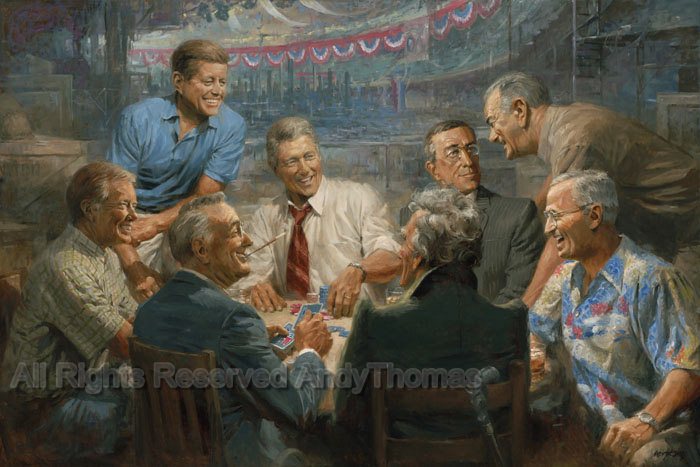 I recently ran across the paintings below by fine artist Andy Thomas, in which he imagines what it would be like if some our presidents were alive at the same time and got together to relax, laugh, and play poker with each other – separated by a political party. There is also a deeper meaning as political relationships that presidents have with other countries are often described as being like playing a game of poker; they apply similar tactics and strategies to get ahead. Some even say that if you want to do well in politics you should practice your skills by playing card games (perhaps you could try becoming an excellent poker player on dewa-poker.net for example). Either way, these are really delightful works of art and Mr. Thomas has done a great job of accurately capturing each of these presidents in an imaginary moment of enjoyment together. 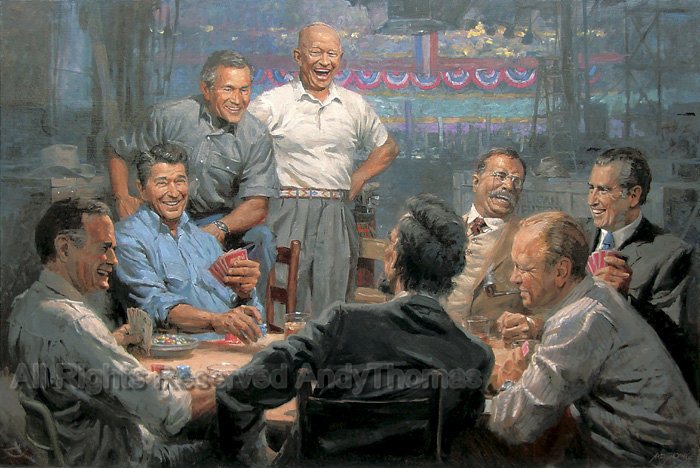 I’m grateful to Andy Thomas for the permission to include these images on my blog. Images are owned by Andy Thomas at www.andythomas.com. The artist has other interesting political drawings as well.