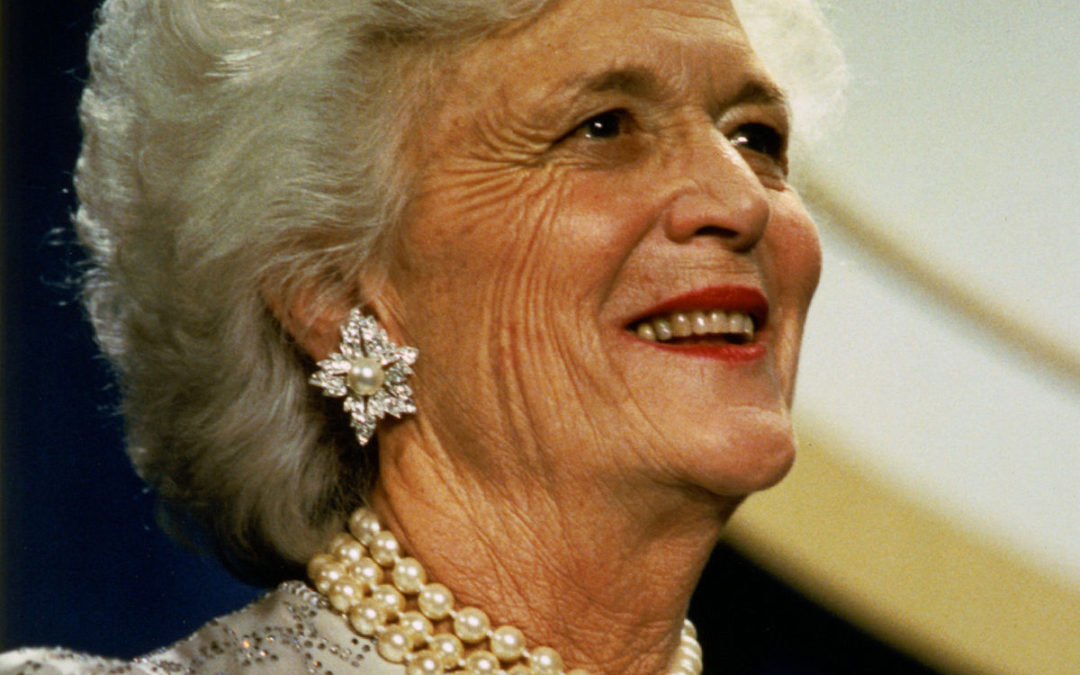 There is no job description for First Lady, nor is there a job description for being a political spouse. Nevertheless, Barbara Bush navigated being in the public eye for more than 50 years as the wife of prominent politician and one-term president, George H.W. Bush and the mother of president George W. Bush. In that half-century, Mrs. Bush wrote her own job description and performed her duties with grace, independence, genuineness, and humor. 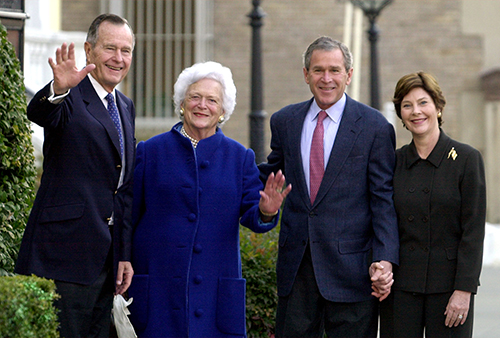 Public and Private Lives: First Ladies are confronted with both a public persona and also live private lives. It can be challenging at times to live in two very different worlds.

Barbara Bush and Abigail Adams: As a wife and mother to two presidents, Barbara Bush joined an exclusive club, previously occupied only by Abigail Adams, who was the wife of our second president, John Adams, and the mother of our sixth president, John Quincy Adams. While her husband traveled, she raised the children, just as Abigail Adams had done with her family. These two First Ladies also shared a tragic commonality with the loss of children at a young age. Abigail and John Adams lost one daughter at a year and had another daughter stillborn, while Barbara and George Bush lost their daughter, Robin, at age 3.

Supportive: Both of these First Ladies were also very supportive of the political men in their lives, although Barbara Bush was initially opposed to her son, Jeb, seeking the presidency, irreverently stating that “we’ve had enough Bushes.” But when Jeb did throw his hat in the ring, Mrs. Bush jumped in to support and campaign for him.

Feisty and Opinionated: In her public and very visible life, Barbara Bush was known for being opinionated, often to the chagrin of her husband, for being a feisty spirit, and for taking controversial positions. Throwing Republican orthodoxy to the wind, Mrs. Bush supported the Equal Rights Amendment and was pro-choice. When asked in 1984 about her opinion of Democratic vice-presidential candidate, Geraldine Ferraro, Bush told the press that she couldn’t say her real opinion of Ferraro on television, and then proceeded to obliquely state what she really thought of Ferraro: “it rhymes with rich.”

Longevity: Barbara Bush lived a long life, one of the longest lived First Ladies, surpassed only by Bess Truman, Lady Bird Johnson, Nancy Reagan, and Betty Ford. She and George enjoyed 73 years of marriage. Interestingly, the Bushes met when Barbara was 16. Abigail Adams met John Adams when she was 17. For most of our nation’s history John and Abigail Adams held the record for the longest presidential marriage at 54 years, until they were surpassed by the Bushes and Jimmy and Rosalyn Carter.

Legacy: Barbara Bush’s legacy includes her candor, humor, and not taking herself too seriously. It also includes her passionate project as First Lady of promoting literacy, something that can have a lasting impact on the quality of many lives and is critical for the growth and survival of our democracy.