The Spell of Reagan’s Ranch 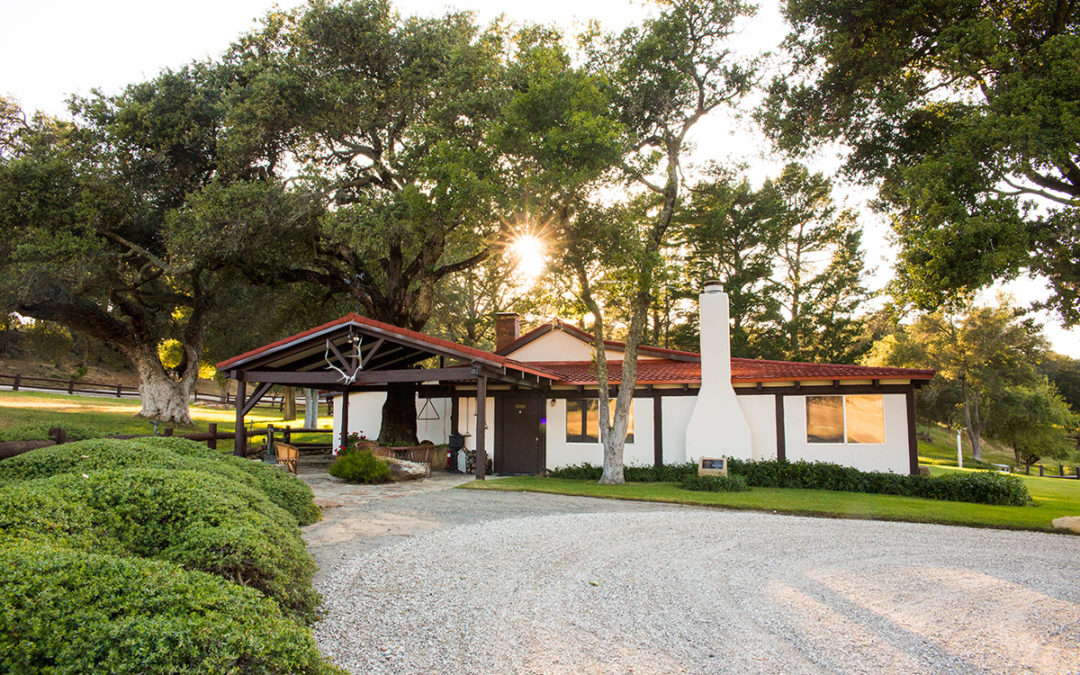 “From the first day we saw it,” Ronald Reagan said, “Rancho del Cielo cast a spell over us. No place before or since has ever given Nancy and me the joy and serenity it does.”

Reagan’s Beloved Retreat: Rancho del Cielo (Ranch in the Sky) was Reagan’s beloved retreat and home for more than 20 years. The ranch is nestled in the Santa Ynez Mountains, some 45 minutes north of Santa Barbara, California.

Western White House: Although the ranch was dubbed by the press as the Western White House, the president always referred to it by its real name. It was at the ranch the president entertained foreign leaders, signed legislation, and delivered weekly radio addresses, including one that made national and international news. Prior to the address, Reagan, not knowing the microphones were live, joked that “I have signed legislation that will outlaw Russia forever. We begin bombing in five minutes.”

Relaxing at the Ranch: When he was not working at the ranch, he was relaxing by riding the 20 miles of trails on horseback, chopping wood, or building fences – those looking to replicate this way of life for themselves somewhat may want to learn more about the best axes and other survival tools in order to do this. He spent a total of 349 days (almost a full year) of his eight years as president at the ranch, or about 12 percent of his presidency there.

Brief History of the Ranch: Build in 1872 by a Spanish settler, Reagan purchased the 688 acre ranch in late 1974 for $527,000, just as his term as governor of California was ending. His last visit to the ranch was on August 15, 1995, when it became increasingly clear that he could no longer care for the property as he aged and as his Alzheimer’s Disease took its toll on him. The property was purchased in 1998 by the Young America’s Foundation, a conservative student outreach organization, that runs the ranch and the Reagan Ranch Center museum in Santa Barbara. The ranch has been preserved as it was when Reagan owned the property, although most of the many paintings hanging on the walls are reproductions of the paintings Reagan hung on the walls. The originals hang in a climate controlled environment on the third floor of the Reagan Ranch Center.

Ranch Not Open to General Public: Rancho del Cielo is not open to the general public due to the remoteness of the location and poor roads leading there that would need to first be upgraded by the county. Reagan arrived at the ranch by helicopter when he was president. Today, the ranch is open for various dignitaries, donors, historians, and student groups. When I was in Santa Barbara on April 9-10, 2018, I requested a tour of the ranch, but they did not have adequate staff available at the time to accommodate my request. Perhaps on another trip I’ll be able to visit th 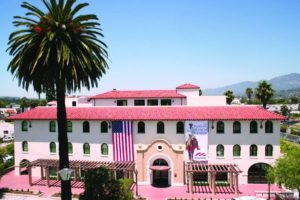 Museums Shape History: All presidential homes and museums attempt to shape the public’s perception of the president. The Reagan Ranch Center, which is open for free to the public, is no exception. The museum promotes Reagan’s conservative ideals, his defense of freedom, individual initiative, promotion of a smaller role of government, and the defeat of communism. It includes a 30 minute film produced by Stephen K. Bannon of Victory Films. The museum includes fascinating artifacts of Reagan’s life including a section of the Berlin Wall, Reagan’s blue Jeep he would drive at the ranch, and a 1910 edition of Theodore Roosevelt’s book, African Game Trails, describing the then ex-president’s year-long safari to Africa. The Reagan Ranch Center is a good place to visit if you’re in Santa Barbara.

The Real Ronald Reagan: A Washington Post article describing Rancho del Cielo was headlined as “A Place to See the Real Ronald Reagan.” It was at the ranch that Reagan relaxed, exercised, and worked as president, away from the pressures of Washington, D.C. The ranch was formative in shaping Reagan and thus it is an important place in order to understand him.