When Shots Rang Out 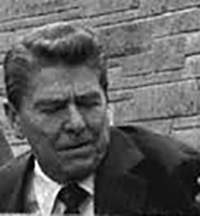 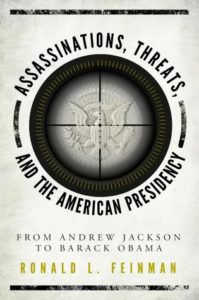 Many of us know that four presidents have been assassinated (Abraham Lincoln, James Garfield, William McKinley, John F. Kennedy).  But what is less known is there have been numerous attempted assassinations and threats against not just presidents, but presidential candidates.

The definitive book:  Dr. Ronald L. Feinman has written the definitive book on the subject, entitled Assassinations, Threats, and the American Presidency (Rowman & Littlefield, 2015, 254 pages).  This factually accurate book is packed with engaging historical perspective and trivia. Dr. Feinman’s writing style is clear, logical, objective, comprehensive, and brings order to the chaos surrounding some of the assassinations and threats. It is very readable and captures the attention of the reader.  The book sets the assassinations and threats in historical context, and includes information about each target of an assassination or attempt and compactly summarizes their life and administration or candidacy. He also unpacks the life of the assassin, and probes the various conspiracy theories surrounding many of the events.

Little known facts:  Whether you feel you know everything about the subject or have a lot to learn, there will undoubtedly be new information in the book for you. Dr. Feinman includes some information that I wasn’t aware of including the following:

About the author:  Dr. Feinman has been a Professor of American History, Government and Politics for more than 40 years, including 22 years as Senior Professor at Broward College, and an Adjunct Professor of History and Political Science at Florida Atlantic University (FAU). He also blogs at The Progressive Professor. Dr. Feinman is extremely knowledgeable and a great writer.  I highly recommend this book!