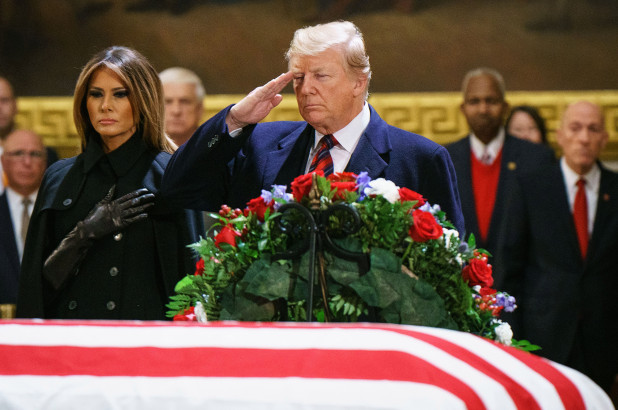 What happens when bitter political adversaries are thrust together in a moment of national mourning? That is the unfolding drama at the funeral of former president George H.W. Bush, who passed away on November 30, 2018 at age 94. With his passing, the ranks of former presidents have shrunk from five to four. Still alive are Jimmy Carter (the eldest at 94), Bill Clinton, George W. Bush, and Barack Obama. The current president, Donald Trump, will also be at the funeral, a dynamic that could prove interesting. In the past, Trump has railed against most of his predecessors, and they have punched back.

Trump and George H.W. Bush: Here’s what President Trump said on July 5, 2018 at a political rally about one of George H.W. Bush’s signature images. “Thousand points of light, I never quite got that one. What the hell is that. Has anyone ever figured that one out. And it was put out by a Republican, wasn’t it? I know one thing, Make America Great Again we understand. Putting America first we understand.” It seems Trump has a difficult time acknowledging the contributions of others. Bush once referred to Trump as “a blowhard.”

Trump and Bill Clinton: Candidate Trump frequently attacked Bill Clinton. On October 11, 2016, he declared that “Bill Clinton was the worst abuser of women ever to sit in the Oval Office. He was a predator.” Many of Trump’s statements and tweets could be interpreted as referring to himself. Clinton said of Trump shortly after the 2016 election that “he doesn’t know much.”

Trump and George W. Bush: In a 2016 debate, Trump attacked George W. Bush when he said to Bush’s brother, Jeb, that “the World Trade Center came down during your brother’s reign.” We typically don’t refer to presidential administrations as “reigns.” That’s a term more common in countries with monarchies. George W. Bush, shortly after Trump’s election said of president-elect that “this guy doesn’t know what it means to be president.”

Trump and Barack Obama: Not even mentioning the vicious and false birther movement that Trump used to propel himself into the presidency, Trump has been bitter at Obama, calling him a “failed president,” and “the worst president in U.S. history.” Obama, in turn, has said that Trump is “unfit to serve as president.”

2 New CNN Interviews: In this snarky age of Trump tweets, the passing of George H.W. Bush highlights for us Bush’s basic decency. Certainly he was a partisan politician, but he understood the “4 Cs:” civility, consensus, compromise, and collaboration. He also understood the value of relationships. In two live interviews with CNN on Monday, December 3, 2018, I commented on some of these aspects of Bush’s legacy. The first interview was with Hala Gorani, based in London. Click here or on the image below to watch the interview. 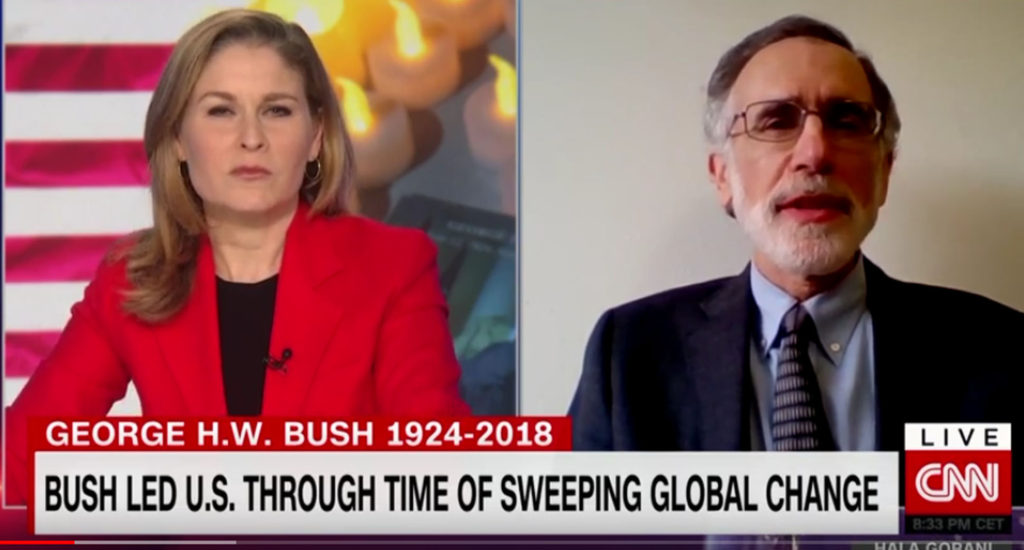 The second CNN interview was with John Vause. Click here or on the image below to watch the interview. 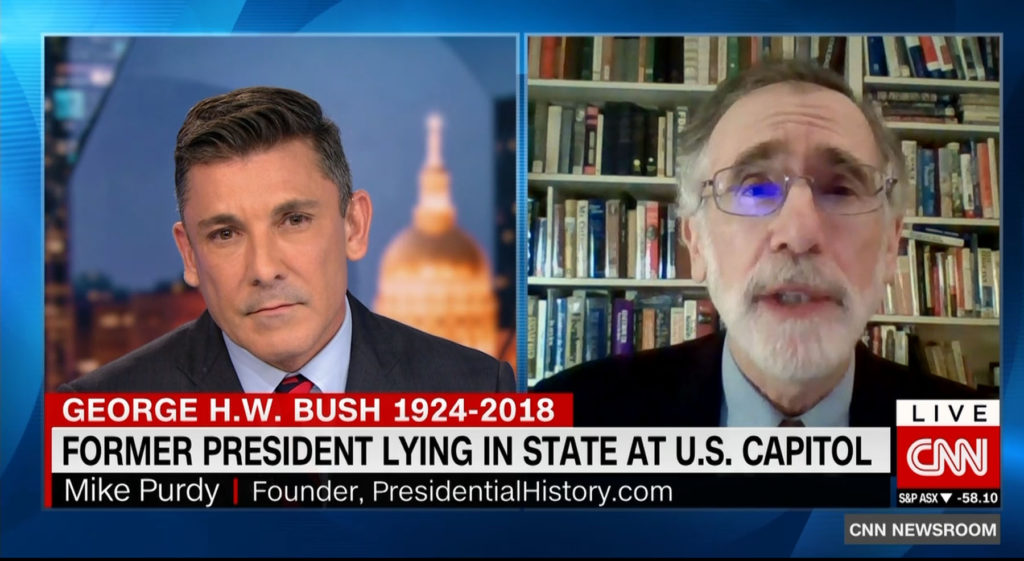