My opinion article setting Independence Day in historical context was published on TheHill.com. Here’s an excerpt from the beginning of the article: 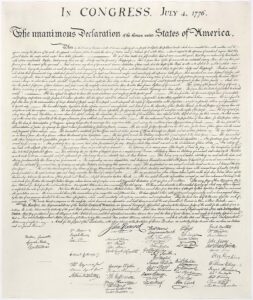 “It was an audacious and brave statement. On July 4, 1776, 56 men adopted what we now know as the Declaration of Independence, officially separating and divorcing themselves from Great Britain. Their patience was exhausted. They were done with the mistreatment by the tyrannical rule of the despotic King George II who ruthlessly lorded over the 13 colonies and imposed economic sanctions on them, all without representation in the halls of power.”